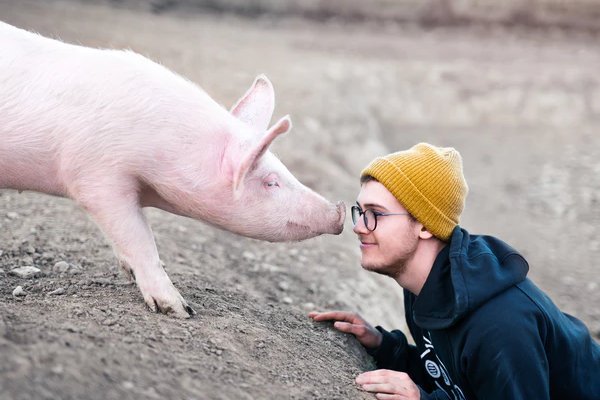 By Jim BracelinFebruary 11, 2021No Comments

A new start is a wonderful thing! A new start comes with a price. Anyone can say he is going to start something new, but that means he must stop what he had been doing in the past. It is called “repentance.” When I was in Bible College, my professor taught me that “repentance” meant more than saying, “Oops…my mistake.” Repentance really means a change of action that results in a change of direction. In the story Jesus taught about a father with two sons. The younger son asked for the money for his inheritance and went to a country far away to enjoy himself. Soon, the younger son’s money was gone. The land he had run away to then had a famine. He had no money, no friends, and no job. He found a job feeding pigs. When Jesus told the story, he said that the younger son “came to himself” (Luke 15:17). Shortly after his realization that he had made a mess of his life, he made the decision to return home. He practiced what he would say. Look what he planned to say. “Father, I have sinned against heaven, and before thee. And am no more worthy to be called thy son: make me as one of thy hired servants” (Luke 18-19). He knew how badly he had hurt his father. When we sin, we not only hurt ourselves but also many others, including God. As we make a new start this New Year, we need to truly repent of the things between us and God. We need to turn away from those things and go in the direction our Heavenly Father planned for us to go. Repentance is not a popular word today, because the price for it is high. It means that we need to give up bad habits and start new habits. It means that we might need to move away from friends who influence us for evil and find friends that encourage us to walk with God. There are opportunities for new starts with God every day. If we are going to have a new start, we will need to humble ourselves like the younger son before his father. As the father was waiting for his son to return, God is waiting to give us a new start. As the son, turn back to God today and enjoy 2021.