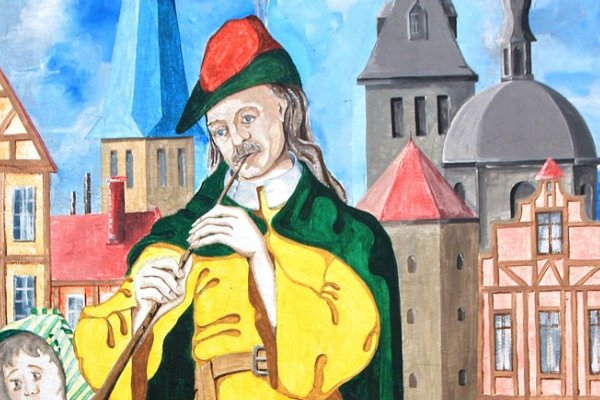 The Pied Piper of Hamelin (Germany) is a Middle Ages legend that describes a magical piper (flute player), dressed in multicolored (“pied”) clothing. He was a rat-catcher hired by the town to lure rats away with his magic flute. As he played, rats by the thousands danced out of the town with him as they splashed into the river and drowned. When the Pied Piper returned for his extermination money, the citizens refused to pay. He retaliated by using his same magical flute power to lure their children as he had done the rats. The children followed and danced to the tune of the flute and they were never seen again. (theportalist.com). So Beware of Pied Pipers!

A Pied Piper is not what he seems to be, a wolf in sheep’s clothing, who offers strong but delusive, enticing, alluring lies. He is a leader making irresponsible and irresistible promises; a charismatic charming person who attracts many followers. Beware: “There is a way which seemeth right unto a man, but the end thereof are the ways of death” (Prov. 14:12). Well, it seems we have some modern day performing Pied Pipers who are attracting many with their charming flutes. It seems many are swayed and under their mesmerizing spell. Their alluring, irresistible music is simply overpowering and overwhelming, leading many into the current and course of this world (Eph.2:2).

Beware: Because thousands say it, that does not make it true. As Snoopy said to Charlie Brown, “Has it ever occurred to you that you might be wrong?” Will Rogers said, “All I know is just what I read in the papers, and that’s an alibi for my ignorance.” Also, “Everybody is ignorant, only on different subjects.” Don’t listen to the faulty flute – listen to the faithful truth. Truth always confirms truth. Truth is not truth because of age but accuracy. Truth is always clear, consistent, and concise. Truth has no defects, deformities, or deceptions. Truth is never retracted, corrected, or erased. Truth is immaculate and immeasurable. God’s truth is invincible, indestructible, immeasurable, immutable, informing, intriguing, ingenious, impartial, incredible, and infinite (Matt. 24:35). Not one single word from Jesus Christ was uncertain, unfit, unfair, untrue, or unwise. Every word is verified by His stainless and sinless life. God is the author, maintainer, originator, and overseer of His written Word, and God cannot lie (Titus 1:2). By Him all things exist and consist (Col. 1:17). One professor said, “There are no absolutes.” A student said, “Are you absolutely sure?” Scriptures are the only absolute, assurance, authority, authentic, and abiding Word of God (Acts 17:11). Beware of Pied Pipers.