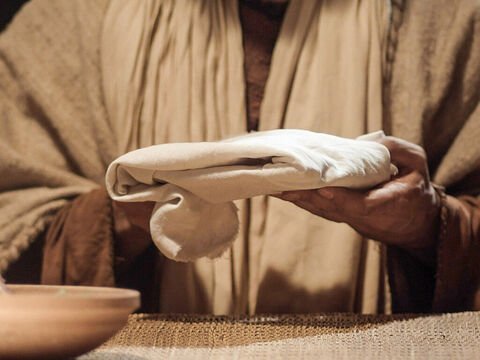 Next: The Christian Life

Doctrine: The Word of God

Have you ever wondered how we got the Bible? Who wrote the Bible? How old is the Bible? These questions and many others will be answered in this lesson. If you want to know about math then you must study a math book but if you want to know about God you must study the Bible. The word Bible is from the Greek word Biblos meaning books or many books in one. The Bible is a book made up of many books. The Bible is also known as the Scriptures, the Writings, and the Word of God. The word “Scriptures” means “Words of holy writing by people known as scribes.” The Bible is inspired of God. The word inspiration means “God breathed” or God controlled men to write or speak at His command and will. God wrote the Bible using men as His pen. Please study the following verses for reference. (II Timothy 3:16; II Corinthians 3:14; and Hebrews 4:12).

Translations or Languages – The Bible has been translated into different languages, so the people during that time could understand it. In the years of 100-300 AD, the Bible was translated into several languages including Greek, Egyptian and Latin. The first complete ENGLISH Bible was translated in 1382 by John Wycliffe. After the first copy, it required at least one year to make another copy. In August of 1456, the printing press was invented and the Bible was printed. It required five years to print the first 200 copies of the Bible. In 1611 in England the King James Bible was printed. The people in England sought religious freedom in 1621 and brought the Bible to America.

Who Wrote the Bible? – The Bible was written by forty different men who were kings, fishermen, farmers, priests, soldiers, prophets, shepherds, statesmen, and even a tax-collector, a tent-maker and a doctor. All of the writers were Jewish except Luke who was a Greek. The first writer was Moses, who wrote the first five books in the Old Testament. The last writer was the Apostle John, who wrote the book of Revelation. Moses died 1,450 years before John was born. It is wonderful that all of these men agreed in their writings.
Materials Used – The Bible was first written on clay, bark, wood and stone tablets; and sometimes, linen and animal skins were also used. Later, the Bible was written on scrolls. It required many hours and much work to pass the Bible from generation to generation. Many men worked Iong hours to write the Bible. Some died because of their strong Bible beliefs. Many countries today do not have a Bible.

Why do we have a Bible? Is it the true Word of God? Are errors found in the Bible? How do we know this is God’s Word? The Bible is the only way we can know about God, the history of man, the plan of God, and the future into eternity. There is no other book written that explains the facts of beginning and ending-the beginning of man, the fall into sin, the love of God, the plan of God, and the will of God. The Bible is the story of salvation in the Lord Jesus Christ. It also informs about the past and prophesies about the future.

The first book, Genesis, was written by Moses and records events about 4000 BC. Genesis is the book of beginnings. This book tells the story of God, creation, and man. If you want to know how all things began, read Genesis. The first words are, “In the beginning.”

The last book, Revelation, was written about 95 AD by the Apostle John. Revelation is the book of endings. This book tells the end of this present world, the devil, the last judgment, and eternity. To know the end of all things, read Revelation. The last word in Bible is “Amen.”

The Bible Is True – There are no errors or mistakes in the Word of God. The Bible is the Word of God, and it is true. God cannot lie and He will keep His promises in the Bible (Numbers 23:19). The Bible is true about creation, sin, man, Heaven, Hell and eternity. No one needs to prove the Bible. It will prove itself. It is the only book that is true in past history, and that will be proven to be true in its prophecies.

The Word of God Is Eternal – The Bible is eternal and will not pass away or be destroyed. Governments have made laws to destroy and burn Bibles. Kings have denied the Bible. Some countries refuse the Bible and will not permit their people to read it. Governments and kings have passed away, but the Bible remains.

The Bible is Powerful (Hebrews 4:12). Many lives and nations have been changed because of the Bible. The Bible is powerful to break a person’s stubborn pride and will. The Word of God remains unchanged. It is still the same today and it will be forever (Matthew 24:35).

Some Things Found Only In The Bible

The Bible is compared to a…