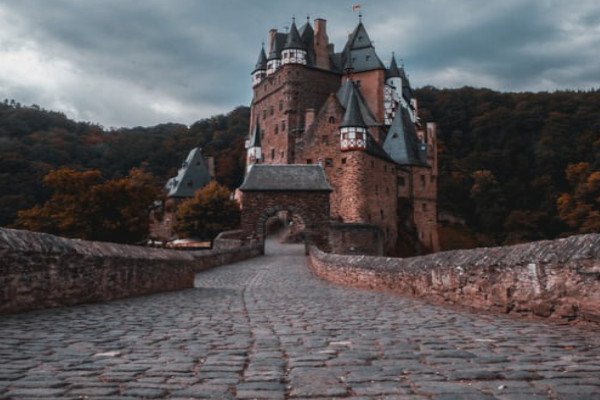 The fall of Adam created a wall of separation between man and God (Rom. 5:12). After the fall, God spoke to Noah, walked with Enoch, and was a friend to Abraham, but the wall of separation and closed doors continued between man and God. After thousands of years, the closed doors were finally opened to all people through Jesus Christ the Son of God. “He came unto his own (Jews), and his own received him not. But as many as received him, to them gave he power to become the sons of God, even to them that believe on his name.” “For God so loved the world (all people), that he gave his only begotten Son, that whosoever (all people) believeth in him should not perish, but have everlasting life” (John 1:12). “Jesus saith unto him, I am the way, the truth, and the life: no man cometh unto the Father, but by me” (John 14:6).

No man can come to the Father unless the Son is with him. Illustration: What if you wanted to visit the king? You travel far and finally reach the gate to the palace, but a wall separates you from the king. You inform the guard that you have come to see the king. He informs you that you are not on the appointment list. You ask how you can make an appointment. He tells you that information is classified and that someone must invite you. You state that no one knows you. He replies then you will not be invited. You sadly stand outside the wall, then suddenly a young man who heard your request and notices your disappointment bids you to come with him.

The Son broke down the wall of separation  “For he is our peace…and hath broken down the middle wall of partition between us” (Eph. 2:14). The Son becomes your one Mediator between you and God (1 Tim. 2:5). This means no man can come unto God without His Son. So, if you want to meet the Heavenly Father, you must do it through and with His Son. As you enter with Him into the throne room, closed doors will open, as He says, It’s alright, he’s with me.” With Him you can boldly enter into the presence of God and find help in time of need (Heb. 4:16). He is always with us and one day we will be with Him (2 Cor. 5:8). When we approach Heaven’s gate, the Son could again say, “Its alright – he’s with me.”