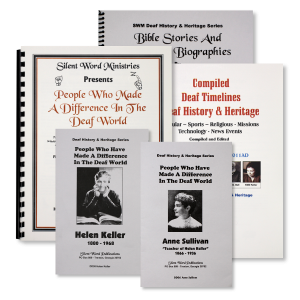 Dr. Ted Camp, Founder of Silent Word Ministries, strongly believes that preserving the history and heritage of Deaf people is important. He has compiled information from many sources and put them into this unique series of manuals, booklets, and pamphlets. In these materials you will find:

We hope these books are helpful to you in studying, teaching, and preserving the history of Deaf people. Information about the History and Heritage of the Deaf compiled from many sources in a sequence Timeline – includes secular,  sports, technology, religious, missions and news events. Spiral-bound manual.

(Sample) Bible Days – Religious! “And they bring unto him (Jesus) one that was deaf, and had an impediment in his speech… And he took him aside…and put his fingers into his ears, and he spit…touched his tongue…looking up to heaven… saith …Ephphatha …Be opened. And straightway his ears were opened, and the string of his tongue was loosed, and he spake plain” (Mk 7:32-35). This is the first Bible recording about a born deaf person. – TC

Ancient Times – Quintus Pedius, a Roman painter, was the first deaf person in recorded history known by name. This is recorded in a single passage of the Natural History by Roman author Pliny the Elder. american-sign-language.com/famous-deaf-people.html

354-430 AD – Augustine believed that “faith cometh by hearing” so deafness is a hindrance to faith. However, he believed that Deaf people could learn and thus were able to receive faith and salvation. He referred to bodily movements, signs, and gestures, and believed that these modes were capable of transmitting thought and belief. He implied they were equal to spoken language in terms of reaching the soul.

1500 – Girolamo Cardano was the first physician to recognize the ability of the Deaf to reason and the first to challenge Aristotle’s belief that hearing was a requirement for understanding.

1858 – Alabama School for the Deaf opened in Talladega.

1924 – Sports! The International Committee of Silent Sports (ICSS) was founded by E. Rubens Alcais (France) and Antoine Dresse (Belgium). The first International Games for the Deaf were held in Pershing Stadium in Paris. In 1965 the first games in USA were in  Washington, DC. 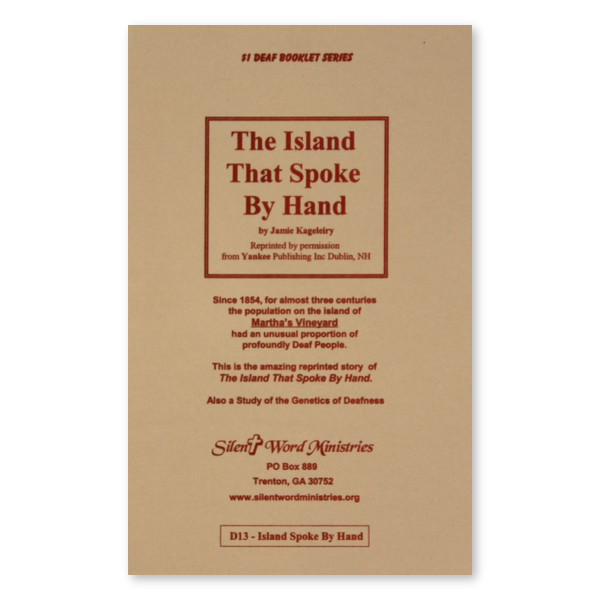 The Island That Spoke by Hand

Since 1854, for almost three centuries, the population on the island of Martha’s Vineyard had an unusual proportion of profoundly Deaf People. This is the amazing reprinted story of The Island That Spoke By Hand. Also, a study of the Genetics of Deafness. 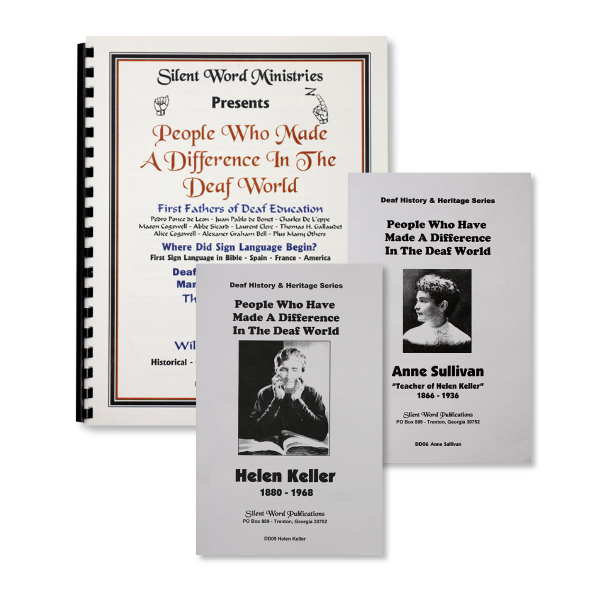 People Who Made A Difference

Learn about people who influenced the Deaf world: 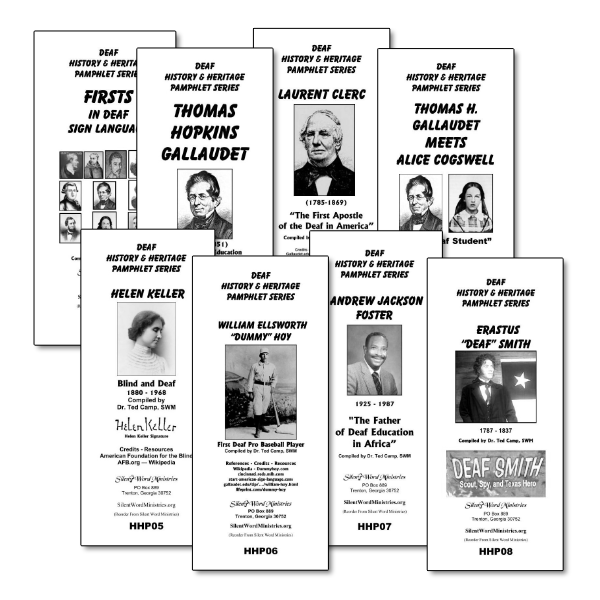 We plan to continually update, revise and reprint as needed.
Your suggestions, corrections, updates and comments are welcomed. – Dr. Ted Camp.