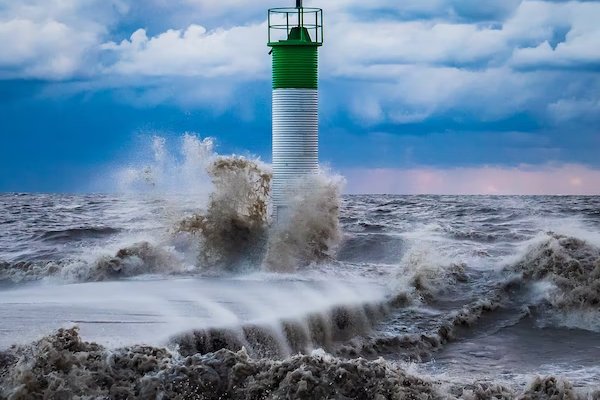 It is hard for man to believe in something that he cannot see, touch, smell or feel (I Cor. 2:14). Many ask,  “Where is God?” or “If there is a God why…” Some just deny God and openly state, “There is no God” (Psa. 14:1). Your reply could be, “Why do you keep talking about something that does not exist?” The Bible is not written to prove the existence of God but to reveal God to man. The Bible is God in a Book. A blind person may not see the moon, but the moon still exists.  A Deaf person may not hear the birds sing, but the singing still exists. If you will stop, look and think, you can see that God made the heavens to declare (make known) the glory of God and His handiwork (Psa. 19:1). An Atheist may not believe God, but God still exists.

Leonard Ravenhill (Sodom Had No Bible) wrote, “The seas were boiling, the winds were howling, the sails were tearing, the stars were hiding, Euroclydon was blasting. The sailors were cringing, and crying, sobbing and sighing. One man alone was praising. All were expecting death, save Paul. Amidst a scene of hopelessness, Paul cries, “Sirs, I believe God.” (Acts 27:13-38).

This story reminded me of the time I was a petty officer on the USS Mt. McKinley caught in a terrible typhoon off the coast of Japan. Our communication ship was top-heavy and in danger of capsizing. The storm-tossed us to and fro and as lockers were breaking loose we were told to strap ourselves into our bunks. All were frightened as the sailors with Paul, but there was no one to cry, “I believe God.” As a Christian, I have since learned that God may not still our storms, but He can still us in the storms. When you cannot see the Hand of God, look for the Heart of God. Today, as we, our homes, churches, nation, and world are facing a raging storm, the stars are hidden, the sun does not shine, the winds are howling, and it seems that all is lost. But thank God, in the midst of the storm, we can cry in faith as Paul, “Sirs, I believe God!”