Next: People in the O.T.

IN THE BEGINNING GOD

Have you ever wondered how everything in the world began? All people at some time will stop and think, “Those beautiful flowers…roses, pansies, tulips…where did they come from?” Many of you have pets…dogs, cats, ducks, horses…where did they come from? At night when you see the stars, moon and the big black sky, maybe you wonder, “Where did all this start? How did it begin?” “Who made all these things?” Have you ever thought, “Where did man come from?” Many schools teach that our great-grandparents started from monkeys or little frogs. This is silly because monkeys do not change into people today. Do you think that a little frog can become a little boy or girl? What is the truth about the beginning? It was a long time ago and no one today was alive when everything started. Today there are more than three billion people in the world. How did they begin? At the beginning there had to be a father and a mother. Where did they come from? There are many animals today…dogs, cats, horses, cows, rabbits, lions, tigers and many others. In the beginning there had to be at least two, a mother and a father. But where did the first father and mother animals come from? It is the same with all life. The fish, the birds and even the bugs had to have a beginning. How did life on earth begin?

DID LIFE MAKE ITSELF?

Before the beginning there were no trees and flowers, no sun, no sky, no clouds, no animals, birds or fish. There was not one boy, girl, man or woman. There was nothing but God. God has always been. God had no beginning and will have no end. Look around you. Look outside. This is a great big world. How did it all begin? Look at the clouds, the trees, the grass and the earth. How did it all begin? Was it evolved or created? Did it just happen? How did everything in the world begin? Did man come from monkeys? What happened? How did everything begin?

THE BIBLE TELLS HOW EVERYTHING BEGAN

Man can make things from things, but God made Heaven and earth from nothing. A watchmaker can make a watch. A woman can make a dress. A factory worker can make cars, but no man is powerful enough to make or create this great world. No man can make himself. No man is wise enough to think about all the things that are needed in this world. No man is able to make the air to breathe, the sun to give heat or the seasons that give rain and snow. Who can make all these things? The Bible gives us the answer. The Bible says, “In the beginning God created the heaven and the earth.” God used His great power and wisdom to make the heaven and the earth. God is great and God is good. The Bible tells us that God made everything. In the beginning God made everything in six days. The word “create” means to make from nothing. Man cannot create but only make things. Only God can create the heaven and earth.

THIS IS WHAT HAPPENED THE FIRST SIX DAYS

The First Day – On the first day God said, “Let there be light…” When God finished speaking, the light happened. God looked at the light. God was pleased. God was satisfied with the light. God then separated the light and the dark. God named the light, DAY. God named the dark, NIGHT. God made evening and morning. This is the way God began to make the world. God is a great God. “And God said, Let there be light: and there was light. And God saw the light, that it was good: and God divided the light from the darkness. And God called the light Day, and the darkness he called Night. And the evening and the morning were the first day” (Genesis 1:3-5). The first day God made day and night. The first day was finished.

This is how God began to make the world. This is how things started. The first and second day were finished. (…continue next page) 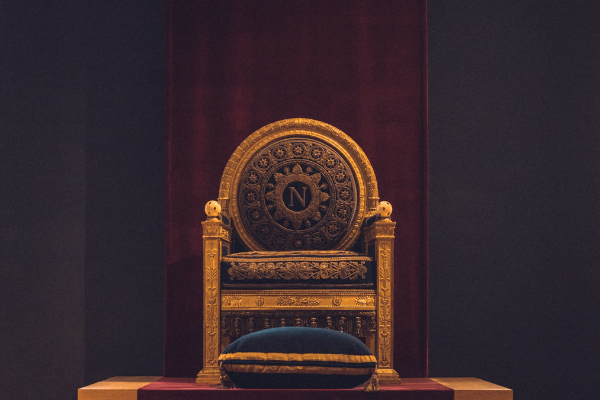