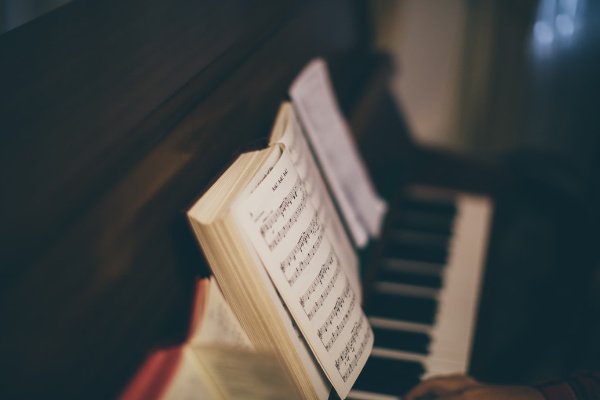 By David BennettApril 8, 2020No Comments

Missions Conference Music – Music, as you know communicates a message, even without words. Music is vital to your missions conference. Therefore, you should also think much about your music program and plan your music well for the conference.

The music sung by the people in the pews during the missions conference should be missions oriented. Although this makes good sense to many and may seem unnecessary to state here, it is true that there are churches who sing about personal salvation, prayer, and the second coming during their missions conference. Though there can be found some connection in it all, there is not a direct link in those types of songs to the whole emphasis of the conference.

Conference songs should reflect the need to “Send the Light”, “Throw Out the Lifeline”, and to “Rescue the Perishing”. There are many well-known hymns that deal with soul winning in general. There are even more dealing with the heathen in darkness and the Great Commission such as “O Zion, Haste”, “Far, Far Away”, and “The Call For Reapers”. This should be the type of song on everybody’s lips and heart during the conference.

Music needs should build the theme of world missions all throughout the conference. We have included a list of famous hymns that deal specifically with world evangelism. Most hymn books include many of these favorites. However, no one hymn book includes them all, so you will have to look elsewhere to find some of the hymns listed.

We are listing hymns, as stated before, dealing basically with world missions. Other hymns, though good in themselves, are excluded for obvious reasons. We want to call your attention to the fact that some hymns commonly used in missions conferences really do not reflect the idea of the Great Commission. One good example of this is the hymn “I Love To Tell The Story.” Although the title sounds like a missions based song, it really is not. Thus we have left it out of our listing.

There are a number of great hymns that deal with sacrifice and surrender. These, many times, are appropriate for use in the conference, especially in the invitation time. “All For Jesus”, “Wherever He Leads I’ll Go”, and “I Surrender All” are three good examples of the type of songs we have not included. However, we are presently restricting ourselves to listing hymns regarding taking the Gospel to a lost and dying world without Christ Jesus.

Other missions songs may not reflect our doctrines and thus we have not included these, though they are used widely in our circles. One great example of this is the hymn “We’ve A Story To Tell To The Nations” which hints strongly in the refrain to the post-tribulational position of bringing in the kingdom through our progressive works and preaching.

This does not say that you cannot nor should not use these hymns in your conference. We only draw your attention to these as examples to say we are solely recommending hymns that will fit the specific need of the conference.

We have added two lists of poems regarding missions that can be used in your song services. Most of these can be sung to tunes that your people already know. It is just a matter of substituting these words for the original words.

One list includes words written by BIMI missionary Rev. Dan Truax who spent many years in Africa. Many churches have ordered these songs in booklet form throughout the years and sung them in their conferences. Brother Truax has given us permission to place them on our site and you are free to download them and use them as long as he is given credit as the author.

If you desire to order booklets which include 15 of Brother Dan Truax’s songs for use in your choir or church, you may do so at this address:

The booklet is entitled “Songs for a World…Still Waiting” and the cost of the booklet is only $1.50 each. See some of his songs.

A second list of songs includes words written by two missionary brothers. They also, for the most part, can be sung to familiar hymn tunes. Usually the hymn tune recommended is listed on the page. You are free, however, to find other tunes to use in singing these missions-oriented hymns. Again, we only ask that you include the footnotes of proper recognition when using these hymns. See songs here.

A third list includes songs found from various sources and authors. To have your songs and poems considered for inclusion on this site, send them to us here.

Our goal is to help you to provide focused, missions-oriented music for congregational singing during your missions conference.

Whether it be a choir special, a quartet, or a solo, it is important to keep the focus of the music on the conference theme and goals. Whoever is responsible for the special music during the conference should make sure that all music is geared towards the conference’s purpose and objectives.

We suggest that you use the words of Brother Dan Truax and those of WDB/DLB and others as special music. Using these poems as hymns might be one way to introduce the words to the people for future congregational use as well.

Of course, there are hymns and spiritual songs on the market now too numerous to even mention that can be acquired and used for special music in your conference.

(If you know of any new or hard-to-find music that deals with missions which would be of interest to our readers, please, let us know about it, and provide an address. We will consider it for our readers.)

3. Use of Missionaries for Special Music

By all means, find out ahead of time about the musical talents of the missionaries and their families. There may be some real talent there waiting to be discovered and used. Some sing solos or duets while others sing as a family. Others may play instruments. Make sure to take advantage of these folks.

If someone in the missionary family plays an instrument, you may want to remind them in advance to be sure to bring their instrument(s) to the conference because you plan on using them. Besides providing special music, they may also want to join the congregational singing with their instrument(s).

Be sure to mention to your missionaries that you would appreciate their participation in the music program, and that you have asked everyone involved in the music to concentrate on music that emphasizes foreign missions. This will keep the missionaries themselves from singing some of their own favorite songs or packages which do not apply to the theme of the week.

I have been in churches where they put together a missionary choir just for that week. I also have been invited to sing in the church choir which practices during the week. Some missionaries love these types of opportunities. I have found that I have grown closer to some church members because we practiced and sang together night after night.

Some missionaries may be able to team up with members of your church to do special music. Take advantage of every opportunity to use your conference missionaries during these days.

Conclusion: It is well assumed that the special speakers and missionaries will adhere to the theme of the conference in their messages and testimonies, at least in a very general sense. Thus, the musicians should do the same and sing that which adds to the conference rather than something that is not directly and clearly related to the World Evangelism emphasis.