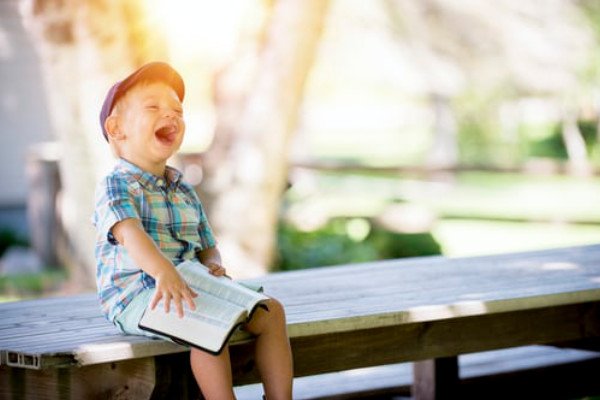 Wise Solomon said, “There is…a time to laugh” (Eccl. 3:4). This is one of those times…In the old days churches had head knockers who hit heads of dozing people. During a long sermon, a head knocker hit a sleeper a little too hard. As he lay in the pew he said, “Hit me again I can still hear him” (chuckle).

Once a boy swallowed a quarter. Everyone tried to help. Finally a deacon said, “Take him to the pastor. He can get money out of anyone.”

As the offering plate was passed, a boy quickly jerked off his tie and put it into the plate. His mother quickly pulled it out asking, “What are you doing?” He replied, “The pastor said to give your ties and offerings.”

Signs in Nursery:  “We shall not all sleep, but we shall all be changed.”

“The Bawl Room.” Sign on a pastor’s desk: “It’s too late to agree with me. I’ve already changed my mind.”

A radio preacher said, “I am a Democrat because it was those Republicans (publicans) who gave Christ a hard time.” (Smile)

Remember – “A merry heart doeth good like a medicine” (Prov. 17:22). A teacher asked his class, “If I join the church, can I go to Heaven? If I am baptized, can I go to Heaven?” Finally he asked, “How can I go to Heaven?” A small boy raised his hand and said, “You’ve gotta die.” In closing, God has done His part. Have you done your part? As the small boy said, “You gotta die.” Friend, if you die without Christ, it would have been better if you had never been born, and that is no laughing matter (Mark 14:21). You may die unsaved, but you will not die unloved (John 3:16). Don’t die without Christ. No God – No Peace … Know God – Know Peace.

Ted’s Thoughts: It is not who is right, but what is right.