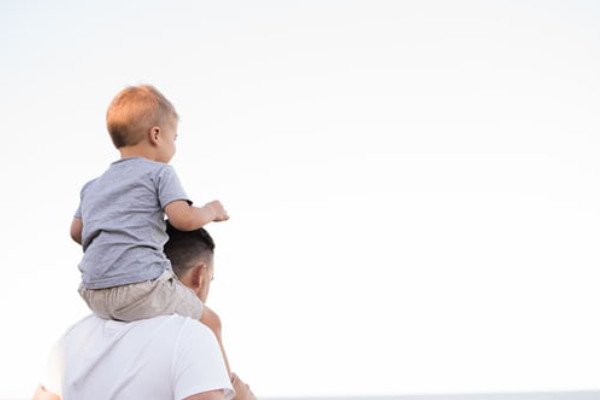 When I read the Lord taught His disciples how to pray, He said, “After this manner therefore pray ye: Our Father which art in heaven, Hallowed be thy name” (Matthew 6:9). I thought of His words, then I researched and learned that no one in the Old Testament ever prayed to God as Father or Heavenly Father. I thought about Abraham, Isaac, and Jacob who never prayed or referred to God as “Our Father.” The Lord was introducing the word “Father” for the first time to His disciples. They could pray to God as their Heavenly Father or Abba (Hebrew).” Up until that time God was never referred to in the past as Father or Heavenly Father. Now for the first time Jesus Christ introduced God as “My Father” and “Heavenly Father.”

The Lord then mentioned in Scriptures “My Father” (62 verses) and God as Father (275 times NT). The Lord introduced God as Father because it identified God as the Heavenly Father, and Jesus Christ as His Son. As the disciples prayed to God as Father it also identified them as the children of God. Jesus Christ made it possible for the disciples to be in the family of God. It became a “wow” moment when I realized that we can do what Abraham, Issac, and Jacob could never do. We can pray to the Lord God Almighty, the Creator, Jehovah, Elohim, Yahweh, and the Everlasting God, and call Him, “Abba Father.” “And because ye are sons, God hath sent forth the Spirit of his Son into your hearts, crying, Abba, Father. Wherefore thou art no more a servant, but a son; and if a son, then an heir of God through Christ.” (Gal. 4:6-7).

This meant much to me because when I was four years old my dad forsook my mother and me. In my lifetime, I have never known what it was to call someone, “Dad.” My favorite word from our children is “dad.” When I was 23 years old, I became a son and God became my Heavenly Father. This is one of my special moments because I now have a Heavenly Father who will never leave or forsake me. “When my father and my mother forsake me, then the LORD will take me up” (Ps.27:10). “Be strong and of a good courage, fear not, nor be afraid of them: for the LORD thy God, he it is that doth go with thee; he will not fail thee, nor forsake thee” (Deut. 31:6). So the next time you pray, pause, and realize who you are, His child, and who He is, your Father.

Only through Christ do we now have access to pray to Him as a son or child of God (Eph. 2:18). Selah! Think of it! When we pray, we can look up and say, “My Heavenly Father…”Then pause and feel Him respond, “Yes, my child.” Selah! Now, “Do you know God as your Heavenly Father?” You can also have a “wow” moment!