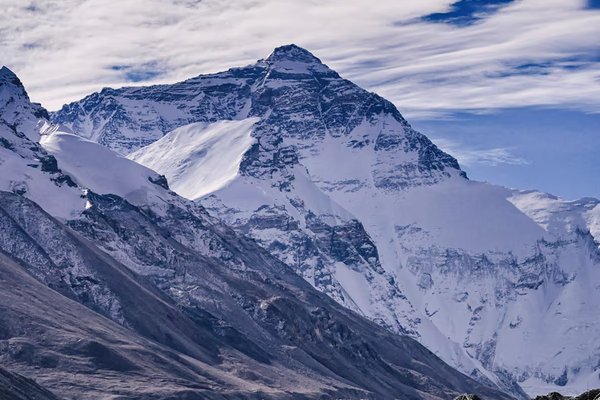 No Well Done For Undone

By Ted CampSeptember 22, 2021No Comments

I read of Ryan Hall, a retired long-distance runner who holds the U.S. record time of (59:43) for one-half of a marathon. But for some unknown reason, he never finished the race. There is also a story of half-way houses on Mount Everest named after Sir George Everest, who recorded the height of 29,028 feet and the mountain location on the map in 1865 (Wikipedia). Mt. Everest represents a great challenge to mountain climbers around the world. The first person to stand atop Mount Everest was Sir Edmond Hillary (May 5, 1953). Since then, many tried and many more have failed. (smithsonianmag.com). “During the climb there are halfway houses located at South and North Base Camps for climbers to stop for refreshment and regrouping before continuing the great climb before them” (washingtonpost.com). The overseers at the halfway houses noticed that, in almost every climbing team, some offered excuses to remain. They said that those who remained were continually restless, looking toward the mountain, wondering where the climbers were and how they were doing. Often they justified why they remained. Finally, the climbers returned with great excitement shouting, “We did it!” The returners rejoiced – The remainders regretted!

I thought of Demas who departed from Paul (2 Tim.4:10): later when Paul said, “I have finished my course (race)” (2 Tim. 4:7); As a winner, Paul rejoiced – as a quitter, Demas regretted. As Mt. Everest, it seems many start – few finish.  Paul finished saying “The time of my departure is at hand.” Absent here – Present there (2 Cor. 5:8). No more preaching/praying – tears/trials as he hears, “Well done, thou good and faithful servant” (Matt. 25:21). Also Stephen finished well as he saw the Lord standing to welcome him home (Acts 7:56). How will you finish? Rejoicing or Regrets?

Learn that there are no happy quitters with unfinished races. Paul said, “Ye did run well; who did hinder you…?” (Gal.5:7). Good News! John Mark, as Demas, also departed (Acts 15:39), but he returned (2 Tim. 4:11) and finished well as he wrote the book of Mark. You can’t change the past, but you can change the future.  Stop using “loser’s limp” excuses. Stop looking back, thinking, “What might have been” or “If only!” As John Mark, It’s not too late to finish well! Greatness is not determined by what it takes to start you, but what it takes to stop you. A failure is not someone who fails but someone who quits. As John Mark and the prodigal son, repent, return, and rejoice (Luke 15:18) to your race that is set before you (Heb.12:1).  As Paul, finish your race. Change your ending. What have you done? What have you left undone? Remember, there is no well done for undone!