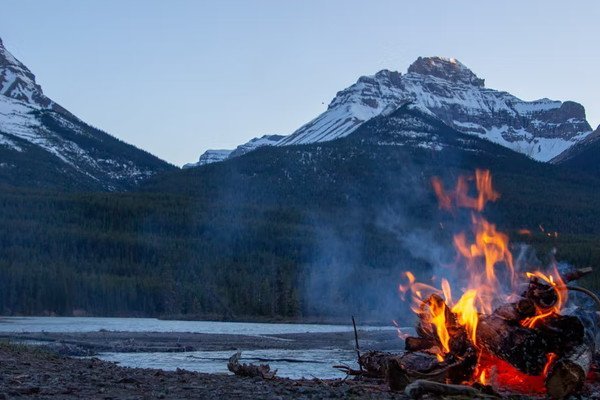 “Where no wood is, there the fire goeth out… where there is no talebearer, the strife ceaseth” (Prov. 26:20). Notice the tongue ignites and the wood incites. But if there is no wood, the fire goes out. It seems that some keep large piles of wood to keep the fire burning. The need is not more wood, but more water. As Barney Fife of Mayberry often said, “Nip it! Nip it! Nip it!” Notice Paul wrote more about strife than sin. At one time he wrote about two women who could not get along. “I beseech Euodias, and beseech Syntyche, that they be of the same mind in the Lord” (Phil. 4:2). Their strife was over non-scriptural issues which affected the whole church and community. John Rice called them “Ouchy” and “So-Touchy.”

Don’t let issues be the issue. The goal is to resolve and restore not resist and rebel. Many are leaving the church because of personality conflicts. Their get-along, got up and left. One woman said, “My gift is criticizing.” Her pastor agreed. Learn that God can use people who disagree with you. Also, it is all right to debate, discuss, and disagree, but not divide over non-scriptural issues. Often it is not who is right, but what is right. Fight the good fight of faith (1 Tim.6:12) and flee from the bad fight of failure (Acts 5:39). Know when to walk away and when to run. Dr. Bill Rice said, “Good Christians are always reasonable.” “Let nothing be done through strife or vainglory…” (Phil. 2:3). Nothing means nada, zilch, zero, and no thing. Like the moon, keep shining while the dogs bark. Muddy water will not clear if you keep stirring it. You, as the Lord, have the right to remain silent (Isa. 53:7).

You cannot regret unsaid unkind words. When opposed, do the opposite. Notice that both strife and unity are openly seen and known. “Behold (look), how good and how pleasant it is for brethren to dwell together in unity!” (Psa. 133:1). There is a difference in union and unity. You can tie the tails of two cats together and have union, but not unity. Attack the problem, not the person. My Baptist Toast, “Here’s to you and here’s to me!” If we should disagree – Here’s to me! People do not care what you know, until they know that you care. “By this (love) shall all men know that ye are my disciples, if ye have love one to another” (John 13:35).

I often say, “The greatest testimony to the world is a changed and consistent Christian life.” The world needs to see Christ, not conflicts. So let the fire go out, and get rid of the gas and woodpile. As Christians, “Let your light so shine before men, that they may see your good works, and glorify your Father which is in heaven” (Matt.5:16). So shun strife – seek serenity. Remember! No tongues – No tales! No wood – No fire! Let the fire go out, and the strife to cease! And all of God’s people said, “Amen!”