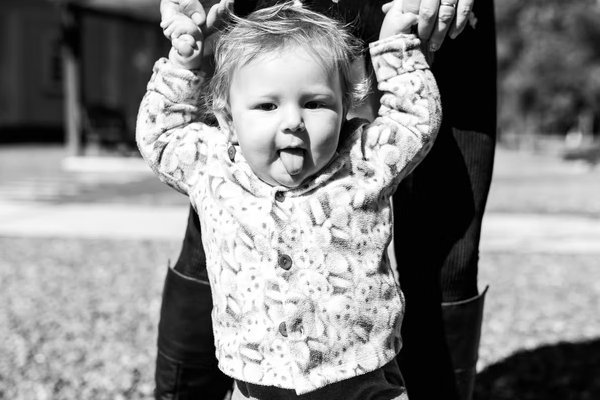 I came from a broken home and never knew what it was to have a father. So I did not understand the father and son relationship. To my surprise, I learned that in the OT God was never referred to as “Father.”  Jesus Christ taught His disciples how to pray by saying, “Our Father which art in Heaven” (Luke 11:2). Inconceivable! This was the first time God was called Father in the Bible. This means we can now do what Abraham, Isaac,  and Jacob could not do. We can call God – FATHER! Father (Hebrew) means “abba” or “papa.” Well, many years later, I finally located my father and invited him to visit my family, and also to hear me preach. During the service, he ignored my gospel invitation. He left but later my grandmother told me that he said, “I am ashamed of Teddy.” When I heard this, it broke my heart. I went out alone to pray and told God, “My father is ashamed of me.” Then I heard a voice within me say, “Maybe your earthly father is ashamed, but not your Heavenly Father.” This changed my life! I began to develop a Father/son relationship with God that also helped me with my children.

Incredible! God is “MY” Heavenly Father. I learned that my Heavenly Father loves me unconditionally because “in Christ” I am His child (John 1:12). Incomprehensible! “God is MY Heavenly FATHER.” So, on this special Father’s Day I want to also pause and tell Him, “Happy Father’s Day.”

A father’s love illustrated: “Derek Redmond (1992 Barcelona Olympics) was favored to win the 400 meter race. Halfway into his semi-final heat, a pain seared through his right leg. He crumpled with a torn hamstring. As medical help approached, he rose to his feet. To everyone’s surprise he started limping and hopping. He pushed away the coach and attendants to finish his race. As he reached the stretch, a big man pushed through the crowd and said, “Son, I am here. We will do it together.” The father wrapped his son in his arms, resisted the security men, and helped his son hobble to the finish line. The crowd clapped, then stood, then cheered, and then wept as the father helped his son finish the race. They did it together!” – Wikipedia.

What made the father do it? The answer is simple. The son needed his father. So the father responded. There are times your Heavenly Father sees you limping, struggling to finish your race in life. He responds and says, “Son, I am here. We will do it together.” Why? Only a father knows this special love for his children. As you love your children, your Heavenly Father much more loves you. (Luke 11:13). He loves you with unconditional love, eyes that never sleep, ears that always hear, and arms that are always open. He will never leave or forsake you – Never! (Heb. 13:5).