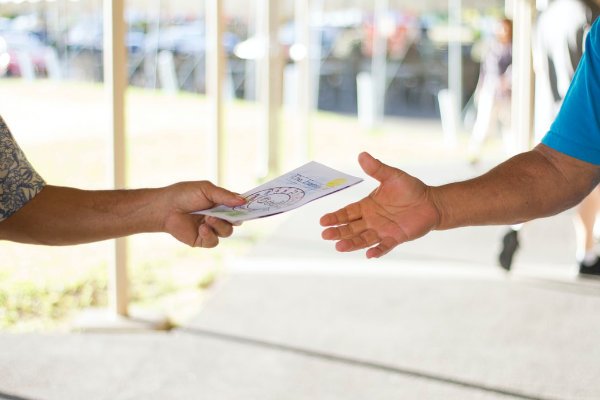 Promotion of Your Missions Conference

By David BennettApril 8, 2020No Comments

Home » Promotion of Your Missions Conference

Promotion of Your Missions Conference

To begin, you should choose a week of the year that will be set apart specifically for your missions conference. Your people should know which week of the year it is so they will know not to schedule trips and extracurricular activities during that week. Just having a fixed week and month of the year will serve as a promotion for the conference.

If your church distributes activity calendars during the year, make sure the missions conference is listed with specific dates.

Whenever you line up a missionary during the year for the conference, be sure to tell your people, from the pulpit, who was just added to the schedule. Be excited about their being with you during the conference. Do the same with the conference speaker (if you have a special speaker other than the missionaries themselves.) Let everyone know how thrilled you are to have lined up this man or family. Get the members excited along with you about all those who will be involved in the conference.

Approximately two or three months before the conference, begin giving more attention to the faith promise giving that is coming in. Begin to wonder publically how much God is going to do through your church this next year, specifically promoting the faith promise commitments to be made in the upcoming conference.

As people get involved in planning the decorations for the conference, let the church know a little bit about the great ideas. You may not want to tell them about everything you are planning, but whet their appetite for the conference with some interesting details that are being worked on. And let them know you are excited about it all.

Begin announcing the theme of the conference two to three months in advance. Build it up, promoting the preaching, singing, and missionaries that will be heard along with the decorations and missionary booths that will be seen. If you have an international banquet, then begin talking about the good food that everyone will enjoy.

When you are four to six weeks away from the opening of the conference, it is time to put the promotion on the front burner. It should be in every bulletin. It should be announced in every service.

You may even want to seriously consider putting some announcements about the conference in the local newspaper. Make sure you list the missionaries and the countries they represent. Invite the general public, as always, but be sure to draw attention to the fact that you will have missionaries who speak other languages and who live in other countries. Invite specifically all those in the community who may be natives of those countries represented to come and converse with the missionaries in their mother tongue.

About four or five months before the conference, you should write to the speaker and missionaries and request a quality photo, other than their prayer card, that can be used in both promotion and conference bulletins. If everyone involved has email & digital capabilities, then the request can be made with less advance notice. Be careful, however, to allow enough time for some who may not always be very prompt in responding to your request. Don’t work on a last minute deadline because some missionaries may be on the road and not have easy access to the material you are requesting or not have the money to have a picture taken immediately.

(You may also ask your missionaries to write a small newspaper article or ad about themselves and some interesting experience in their land of ministry. Ask them to write it in both English and the other language they speak. Place the foreign language ad in your local newspaper, too, for those who speak that language. That strange-looking, foreign ad should call attention in any English newspaper.)

Two weeks before the conference, you should begin to promote the conference on your church sign. Write the announcement so as to draw attention to the conference. Add some life to your sign by decorating it as well. Let the community know that this is no ordinary church meeting.

(Let me add an idea for those who do have mass media possibilities. Ask your veteran missionaries in the conference to give a 5/10/15/20 minute salvation message in their countries’ native tongue. Your English listeners may not understand it, but if you have any foreigners in your audience, this may be used of God to see them saved and come to your church. Be sure to explain to them in their language how to get to your church to meet the missionary who speaks their language. There are far more international people in your city today than most people know about, and most, if not all, still need Christ.)

Lastly, challenge your people to be faithful to possibly the most important week of the year. This is more important than the World Series, the Super Bowl, and the before-Christmas sales at Wal-Mart and Penny’s. Be sure to show your people the spiritual need for this conference.