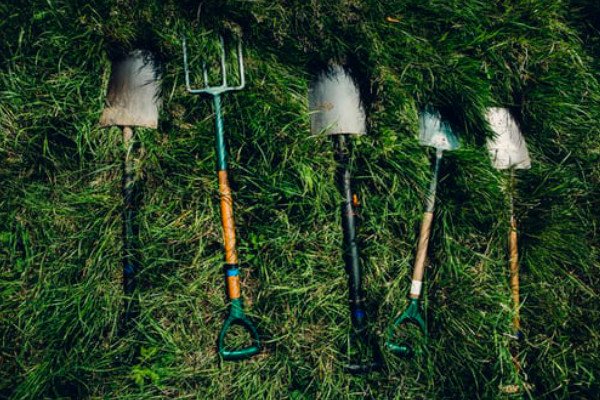 So Much To Do; So Few To Do It

A sign on the pastor’s desk, “So much to do and so few people to do it.” It is a fact that churches and ministries need more volunteers willing to offer help in their different areas of expertise. A man applied for a job as a “handyman” at the church. The pastor asked, “Can you do carpentry?” The man said, “No.” “Bricklaying?” Again the man said, “No.” “Electrical work?” The man said “No.” Finally the pastor said, “Well, tell me then what is “handy”about you?” The man replied, “I live just around the corner and I am available.” He was hired. Sometimes the greatest ability is availability. You can make yourself valuable by just being available. David used a sling, Dorcas used a needle, Moses used a rod, Rahab used a scarlet cord, Noah built an ark, Elijah prayed, Peter preached, and Onesiphorus refreshed others. Everyone has different abilities, gifts or skills that can be used of the Lord. An unused gift is worthless. Missionary Eric Little (Chariots of Fire) said, “God made me fast and when I run I feel His pleasure.” When you use your unique gift, you will feel His pleasure. “A man’s gift maketh room for him, and bringeth him before great men” (Prov.18:16). My ministry verse, “For if there be first a willing mind, it is accepted according to that a man hath, and not according to that he hath not” (II Cor. 8:12). What do you hath? There are many things you can do. What do you hath not? There are many things youcannot do. Good News! God only expects you to be willing to do what you can. Are you willing to do it?

An illustration: “It seems that the average church is made of Fred Somebody, Thomas Everybody, Susan Anybody, and Joe Nobody. All four belonged to the same church. The pastor depended upon Everybody, Anybody, and Somebody, but Nobody did it. Everybody was always too busy. Anybody wanted to come to church, but was afraid Somebody or Anybody would not speak to him. So guess who went to church – Nobody! Really, Nobody was the only decent one of the four members. Nobody did the visitation. Nobody worked on the church building. Nobody visited the shut-ins. Nobody supported the missionaries. Nobody prayed for the pastor. Once they needed a Sunday school teacher. Everybody thought Anybody would do it, and Anybody thought Somebody would do it. And you know who did it? That’s exactly right… Nobody! It happened that a fifth person, Whosoever, who was unsaved, visited the church. Everybody thought Somebody should visit Whosoever and try to win him to the Lord. Anybody could have done it, because Whosoever wanted to be saved, but you know who finally won him – Nobody! Whosoever is still waiting for Somebody or Anybody, but Nobody cares.” It would be good if somebody, anybody, and everybody would all volunteer to be a nobody for the Lord. Everyone is important to the Body of Christ.

I often say, “All the needs of the church could easily be met if everyone was just willing to use what they hath.” At the Judgment Seat of Christ, we will all wish we had done more. As Isaiah say, “Here am I; send me.” Why? Because there is so much to do and so few to do it!

Wisdom: We not to compete but complete each other – Also, Neglect brings Regret – TC