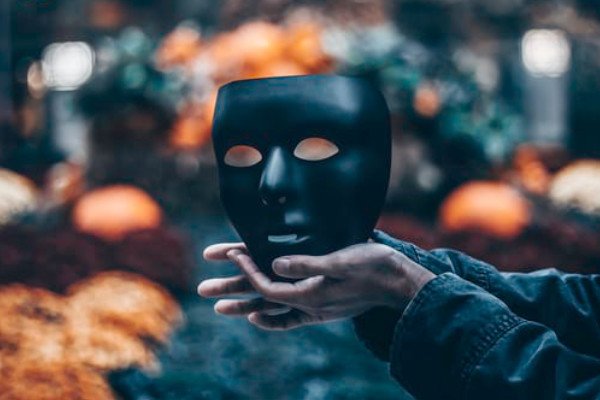 Would the real you stand up? There used to be a TV show where the panel would be told the story of an unknown person. Then the panel was to guess who the real person was from several who pretended to be that person. The panel would question them, then each one would state who they thought was the real person. At the close the emcee loudly asked, “Would the real … stand up!” Finally, when the real person stood up, the audience cheered because many were fooled by the pretenders. Well it seems in this generation there are many pretenders in politics, public life, and private life. It has become hard to know who is the real person. There is the: daily life you, church you, Sunday you, Monday you, friend you, job you, public you, private you, and personal you. It is hard to know the real you. Some are as the pharisees who were hypocrites pretending to be righteous. They would say and do not. They sought to obey 613 laws but opposed the one Lord. They burdened and blamed many. They made pretense of prayer and preaching. They mastered manipulation and delighted in deceit. They admitted words but omitted works. They excelled outside but had extortion inside. They did not practice what they preached. Jesus warned them with seven woes and warned others not to be as the pharisees (Matt. 23:1-30).

It is hard to really know the real you. Even the disciples did not recognize the great pretender who would betray Jesus. Some said, “Is it I?” But not one said, “Is it Judas?” There are different pretenders. The religious person (actor) who thinks he is right but is wrong (Prov. 14:12). The hypocrite who knows he is wrong but pretends he is right. The self-serving carnal person who cannot discern spiritual matters (1 Cor. 3:3). The counterfeit Christian who fools others but not God (Matt. 7:23). Years ago there was a song, “O Yes I’m the great pretender.” Well many can sing that song! Why don’t you take off the mask and start becoming what God intended for you to be. A double-minded man is unstable in all his ways (James 1:8). Stop pretending! “Would the real you stand up?” Learn you can fool others, but you cannot fool God. God can always say, “I know who you really are!” Realize that one day the real you will be revealed with regrets (Rom. 14:12). God made you to be you cuz you cannot be someone else. The best life is not pretending outside but having peace inside (Phil. 4:7). I often say, “Be who you is, cuz if you ain’t who you is then you is who you ain’t. In the days ahead just be the real you! You will be glad you did, and so will others. “Would the real you stand up?”