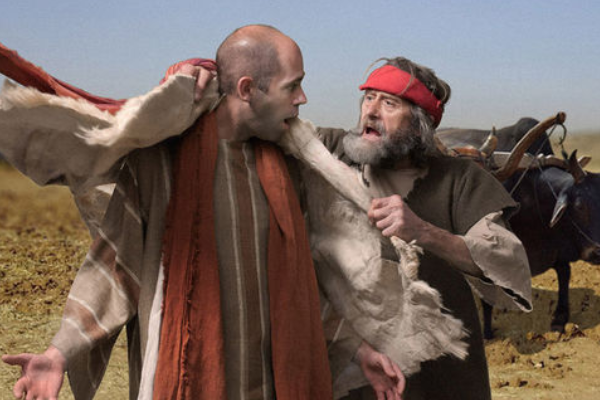 Next: Introduction to NT

A SECOND STUDY OF THE PROPHETS

The two courses, Prophets I and Prophets II, are studies of the prophets in the Old Testament; their fight against idol worship and all false worship. It is a study of the prophets, their ministry and messages about sin, the will of God, judgments and the future.

The Prophets II – A study of the fight of the prophets against false worship and idols. This course has strong teaching against the false doctrines and religions of today.

Note to Teachers – “The Prophets” are two important courses because they teach what is truth and false, and true religion and false religions. These two courses teach about false religions and idol worship in the Old Testament. Prophets I introduces the prophets and their ministries. Prophets II teaches the false religions of the past and today. Review both lessons before you teach.

Do not teach in depth about false religions of today until Prophets II is being taught. Do not make the mistake of hurrying through these courses because you may have regrets later… Ted Camp, Author

Teachers: Try to study both courses before you begin to teach so that you will not repeat what could be taught later. Do not rush the courses. Take time to explain the meaning of prophet and prophesy, who they were and what they did. Explain the prophets in the Old Testament and New Testament. What about prophets of today? Give a sign name for each prophet so you will not have to spell it each time. Remember the one goal of these courses is to strengthen the deaf against false worship so they will not be stolen by false shepherds. Many cults have learned sign language and are now pulling deaf people into their beliefs.

WHAT IS A PROPHET?

In the Old Testament, three key terms are used for prophet. The Hebrew words Ro’eh and hozeh are translated as seer. The most important term, nabi, is usually translated prophet. It means “one who is called of God to speak.” God used prophets to speak for Him to the people. The prophets spoke only what they were told or what they saw from God. Prophets were used as messengers from God to the people. The word “Prophecy” means to speak about future happenings from God. Today there are many “psychics” or “seers” seeking to predict the future but they are not prophets from God. Israel looked for prophets to lead them (Deuteronomy 34:10). Some Great Prophets in the Old Testament: Moses, perhaps Israel’s greatest leader, was also a great prophet (Acts 3:21-24). Moses appeared in the transfiguration with another great prophet, Elijah (Elias) (Matthew 17:1-8). Samuel, who was a prophet, priest, and judge (1 Samuel 3:20; 7:6,15). Samuel was able to see into the future by a vision (I Samuel 3:11-14) and to ask God for thunder and rain (12:18). He led in victory over the Philistines (1 Samuel 7). God used Samuel to anoint David as King. Both Elijah and Elisha offered counsel to the kings. The prophets did more than predict the future they also were leaders of Israel.

Prophets Represented God – The prophets were messengers from God. The prophets influenced almost all of Israel, despite the fact that they were often viewed with contempt: (Jeremiah 37), ignored (Isaiah 6:9-13), and persecuted (1 Kings 19:1-2).

Prophets Trained Other Prophets – Prophets formed guilds or schools (II Kings 4:38; I Samuel 10:5; 19:20). While most  references to prophetic schools belong to the period of the monarchy, there is some evidence to believe the schools continued (Jeremiah 23:13-14).

Prophets of God – A prophet must show proofs of his calling: