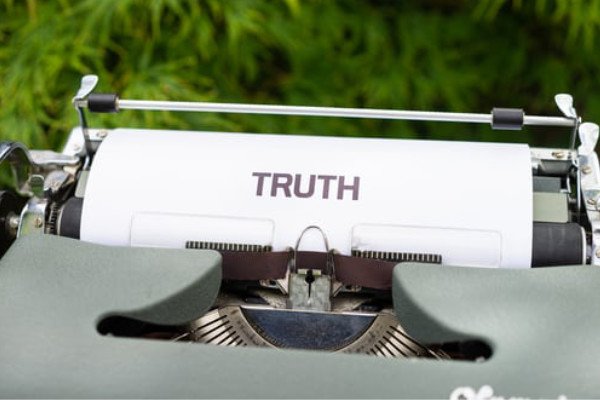 You can be politically correct and still be practically incorrect. If thousands agree, it still does not make it true. Car tag: “God said it, I believe it, and it is true.” No, it is still true whether you believe it or not. Your opinions,  ideas,  and preferences may change, but the Word of God will remain (Luke 21:33).  Today it seems again that truth has fallen and faded. “And judgment is turned away backward, and justice standeth afar off: for truth is fallen in the street, and equity (precedents and principles) cannot enter” (Isa. 59:14).

The ever learning Pharisees and lawyers used their knowledge, and positions to oppose Christ (2 Tim. 3:7). They had much influence but were ignorant of truth.  They only wanted liars who would agree with them. All who agreed became their friends, and all who opposed became their enemies. They became friends because they had a common enemy. “Am I therefore become your enemy, because I tell you the truth?” (Gal.4:16). They changed the truth to serve their purposes. “Who changed the truth of God into a lie, and worshipped and served the creature more than the Creator, who is blessed forever. Amen” (Rom.1:25).

It seems many know what they do not believe but only a few know what they do believe. When truth and righteousness are fallen they are usually replaced with false self-serving principles. They focus on causes instead of cures. “But every man did that which was right in his own eyes” (Jdg. 17:6). They thought they were right, but were proven to be wrong. “They shall put you out of the synagogues: yea, the time cometh, that whosoever killeth you will think that he doeth God service. And these things will they do unto you, because they have not known the Father, nor me (John 16:2-3). “There is a way which seemeth right unto a man, but the end thereof are the ways of death” (Pro. 14:12).

When truth is fallen, equity fades, but it still remains truth (2 Cor. 13:8). “For what if some did not believe? shall their unbelief make the faith of God without effect? God forbid: yea, let God be true, but every man a liar” (Rom. 3:3-4). As Christians, when truth is fallen, we must remain faithful. Be salt to make a difference (Matt. 5:13). Be light in the darkness (Matt. 5:14). Then when we have done all – Stand! “Wherefore take unto you the whole armour of God, that ye may be able to withstand in the evil day, and having done all, to stand” (Eph. 6:13). Truth is still Truth! When all else fails, have no fear, Truth will prevail! God is still God!  So – Stand, stand and keep standing until He comes! Selah!

Thought: Jesus Loves Me This I Know – Jesus Knows Me This I Love – Selah!