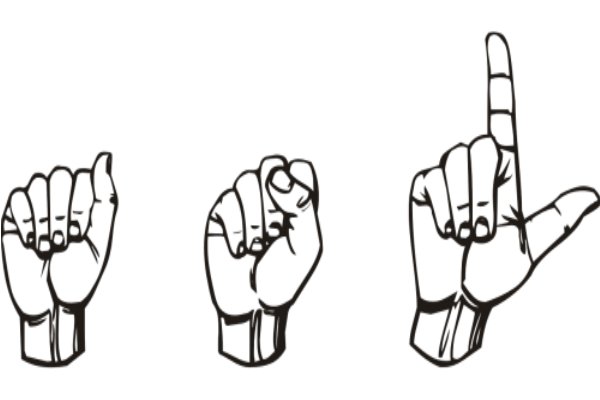 The primary purpose of language is to communicate and then educate. So the purpose of sign language is to Go into all the world, which includes Deaf people: 1. Preach (communicate) the Gospel 2. Teach (educate) them (Matt. 28;19-20; Mark 16:15). You cannot educate (preach & teach) without a language. You must communicate in their language and culture to educate and evangelize them. Deaf people do not have their own country, but they are within all countries. Philip asked the eunuch, “Understandest thou what thou readest? He said, “How can I, except some man should guide me?” (Acts 8:30-31). Philip taught (in the man’s language) until he understood. The two connected. The wall of communication was broken down. The eunuch then had a “Now-I-understand moment.” He understood. This is the purpose of sign language!

Thomas H. Gallaudet (born Dec. 10, 1787) was known as the Father of Deaf Education In America. He graduated from Yale in 1805. In 1811, he entered Theological Seminary at Andover, and in 1814, he was licensed to preach. He was a preacher first and a teacher second. The founder of the first deaf school in Connecticut used sign language as a tool to communicate, educate and evangelize. As a teacher he educated students. As a preacher he evangelized them. He used sign language to fulfill the Great Commission!

Puzzled, Thomas Gallaudet sat outside his parents’ home and stared at the little girl. As the other children played, she stood alone by a tree and watched. Gallaudet asked Teddy, his youngest brother, “Who is that little girl?” Teddy said, “Her name is Alice. She is 9 years old and lives next door. She is Dr. Cogswell’s daughter.” Gallaudet asked, “Why doesn’t she play with the other children?” Teddy shrugged. “I guess she can’t, Alice is deaf.” He said, “Bring her to me.” Teddy led her to his big brother. The man and the girl looked closely at each other. Gallaudet smiled and tried to talk to her. He saw that Alice was curious, but she didn’t understand a word he said. He really wanted to communicate with her. Perhaps if she could learn to write… Taking a stick, he wrote in the sand, H – A – T. Then he gave Alice his hat. Alice looked at his letters. But H – A – T meant nothing to her. Gallaudet rubbed the word out then wrote it again and pointed to the hat in Alice’s hand. He did it again and again. Suddenly Alice nodded. The next time he wrote H – A – T, she pointed to the hat, now in his hands. Gallaudet laughed. “Are you sure you don’t want my handkerchief?” Alice shook her head, pointing only to the hat. He then offered her a twig and then a stone. Alice shook her head “NO.” She knew H – A – T only meant “hat.” Then Alice grew very excited. She pointed to herself. At first Gallaudet did not understand. Then he realized what Alice wanted. Alice wanted to know her own name. He took the stick and wrote A – L – I – C – E. Alice stared. It was a longer word than H – A – T. She pointed to herself and then the letters. Gallaudet wanted to be sure so he erased the name and started to do it again, but Alice took the stick. She wanted to write A – L – I – C – E herself. Then Dr. Cogswell came home, and his daughter ran to meet him. While Gallaudet watched, Alice pulled her father over to meet her new friend. Gallaudet said, “Watch this.” Then he handed Alice his hat. Alice grinned and handed the hat to her father. Then Alice grabbed her writing stick and wrote H – A – T. Dr. Cogswell bent down to hug his daughter, but she squirmed away. She had another word to show him. Gallaudet helped her write: A – L – I – C – E. Gallaudet only got more excited as he watched the doctor’s face. Dr. Mason Cogswell was overwhelmed and weeping. He was encouraged to think that his little girl could learn to communicate. Gallaudet and Cogswell both agreed, “Let’s Start A School For The Deaf!” (DD02 SWM).

God Does Call “Some” to the Deaf Ministry

Time For One Deaf Man