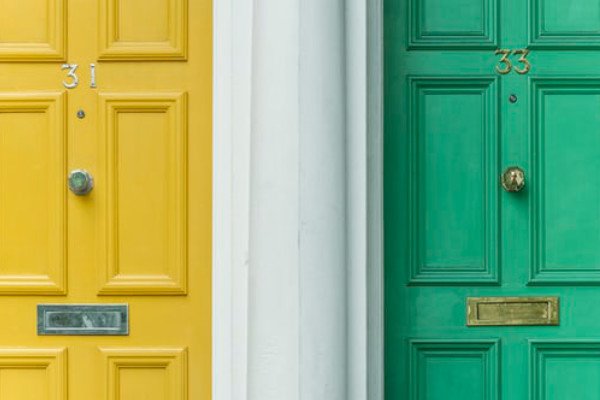 Who is my Neighbor?

In Luke 10:25-37, a young lawyer, who specialized in the 613 Jewish laws, asked, “Who is my neighbor?” The Lord answered with a story of the Good Samaritan. The lawyer knew the Jews looked upon Samaritans as half-breeds. No Jew would look upon them as neighbors. Many Jews avoided going through Samaria (John 4:9). So let’s review this strange story. A stranger near death was easily seen by travelers. The priest briefly saw him then walked on. The Levite “looked” upon him, he lingered then walked on. One saw, one looked, but both walked on. Both left the man to die. Then a certain (good) Samaritan saw him and had compassion on him. He picked him up, bound him up, and set him up. The next day he “took out two pence” and paid him up. He then promised to return and repay later (Luke 10:33-35). The Samaritan had never met the stranger. They were not friends, fellow citizens or countrymen, but they were neighbors. When the man saw his need, as he helped, it made him his neighbor. As he walked, he saw a “neighbor” in need. He knew the man could not help himself. He saw the need and knew he was able to help. The man was almost dead and also dead broke. “But when he saw the multitudes, he was moved with compassion” (Matt. 9:36). “And of some have compassion, making a difference” (Jude 1:22).

We are to make a difference. Three looked, one left, one lingered, and one loved. “Who is my neighbor?” The lawyer answered, “The one who showed compassion.” “Then said Jesus unto him, Go, and do thou likewise.” The Lord then stated that all 613 laws could be fulfilled by simply obeying these two new commandments. 1) Lord God. 2) Love People. I often say, “God is only interested in people. Don’t love things, love people.” Well, who is my neighbor? Most people think the people next door, or those in the neighborhood. Not so! A good neighbor is one who opens his heart of compassion, sees those in need, and knows he can make a difference (1 John 3:17). He does more than expected. He goes the second-mile (Matt. 5:41). He does it as unto the Lord (Col.3:23). He thinks: “Except for the grace of God that could be me.” He realizes, “As ye have done it unto one of the least of these my brethren, ye have done it unto me (Jesus)” (Matt. 25:40). He remembers, “Go, and do thou likewise.” Who is my neighbor? You, you, and even you!